In our fast-moving world, things are evolving and changing every day, and escape rooms are no exception. They are hardly what they were three short years ago, and the general trend is shifting toward higher quality, elaborate decorations and more complex technological puzzles. The scenarios are also taking huge leaps forward from the classic prison breaks and bank heists, and the industry keeps surprising us with unique plots beyond our wildest imagination.

The growing popularity of escape rooms has led to new genres. If you add actors, it is called a performance – a theater where you have the front row tickets and are able to directly affect the course of the play. Usually they target fear using psychological tricks to enhance your experience, but the ultimate goal remains the same: escape within the set time limit. 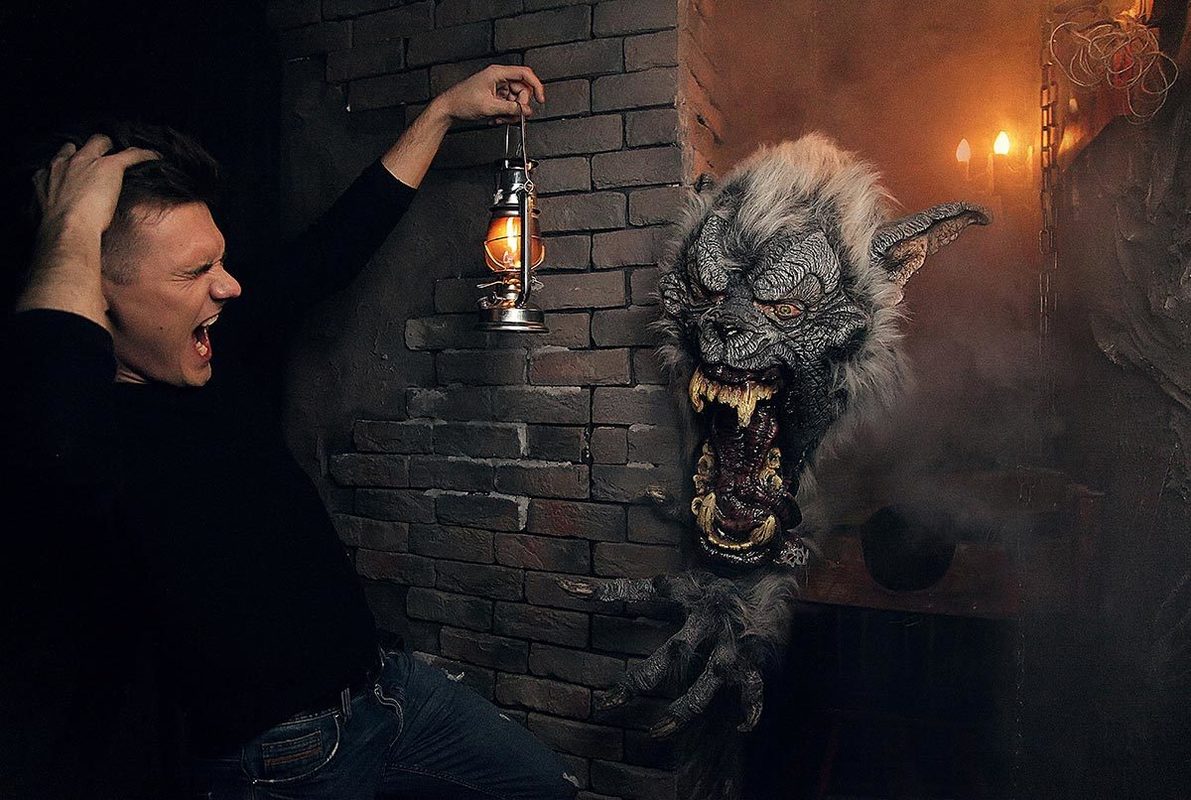 Whether with or without actors, horror escape rooms are definitely a force to be reckoned with. The World of Escapes team is ready to share ten expert tips!

If you have any anxiety issues, are pregnant or have other medical conditions that may hinder your ability to think clearly or move freely, you might want to reconsider attending horror themed rooms. Always find out if there are actors, whether any physical contact is involved, and set your boundaries before the game.

When people are scared, it is much harder to concentrate and perform at your best ability. The lighting in horror escape rooms is usually on the darker side, and, given your general unsettled state, math equations and complex logical riddles would not be appropriate. So puzzle lovers might want to lower their expectations – horror rooms are more about emotions than brainstorming.

The lighting, sounds or actors usually will try to lead you in the right direction. For example, if the room is pitch black except for a few well-lit places, they should be your main focus. Actors might offer you valuable objects or deliver important verbal hints. 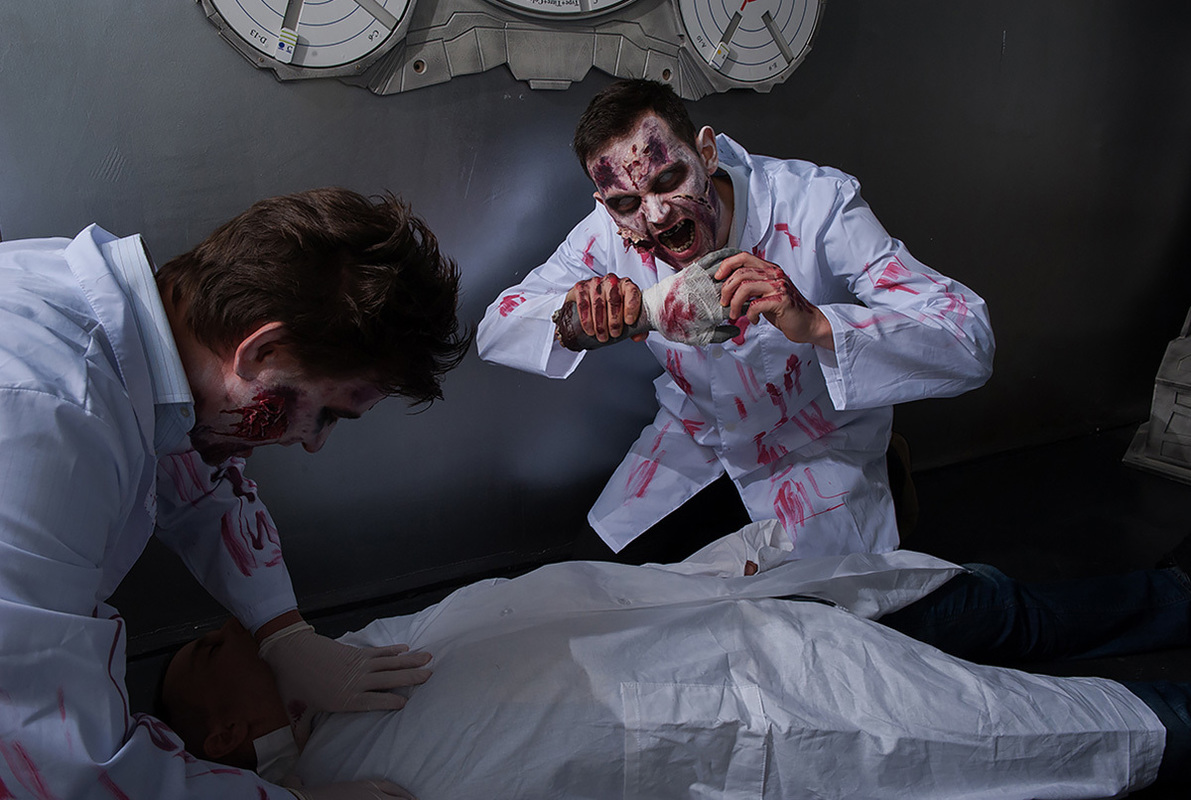 Try to leave your skepticism at the door and be open to whatever awaits inside. Even if you know for sure that zombies aren’t real, you are allowed to be scared of them! The whole point is to feel that adrenaline rushing, so the “I’m so brave and I know you’re an actor” attitude could possibly spoil the fun for you and your team.

There is a fine line between complete immersion and remembering that it’s still a game. Psyching yourself out to the point of complete panic is destructive and would only take away from the experience. To avoid that, you can remind yourself once in a while that this is a game with an entertaining purpose, and nobody is going to hurt you.

6. Prepare for some standard scare tactics

Though it takes time and persistence to really terrify someone, there are also few quick effective ways. This includes sudden jump scares, flickering lights, creepy sound effects and gruesome props. There is also a high chance that your team might be split up at some point – being in a group with your friends is comforting, and it will be much easier to freak someone out when they are alone.

If at any point you feel worried for your physical and mental state or scared more than you wish to endure, stop the game immediately. None of the above are the goal of escape rooms and you don’t have to go through with something that feels wrong. Either the game is not balanced well enough, or horror rooms aren’t your cup of tea. 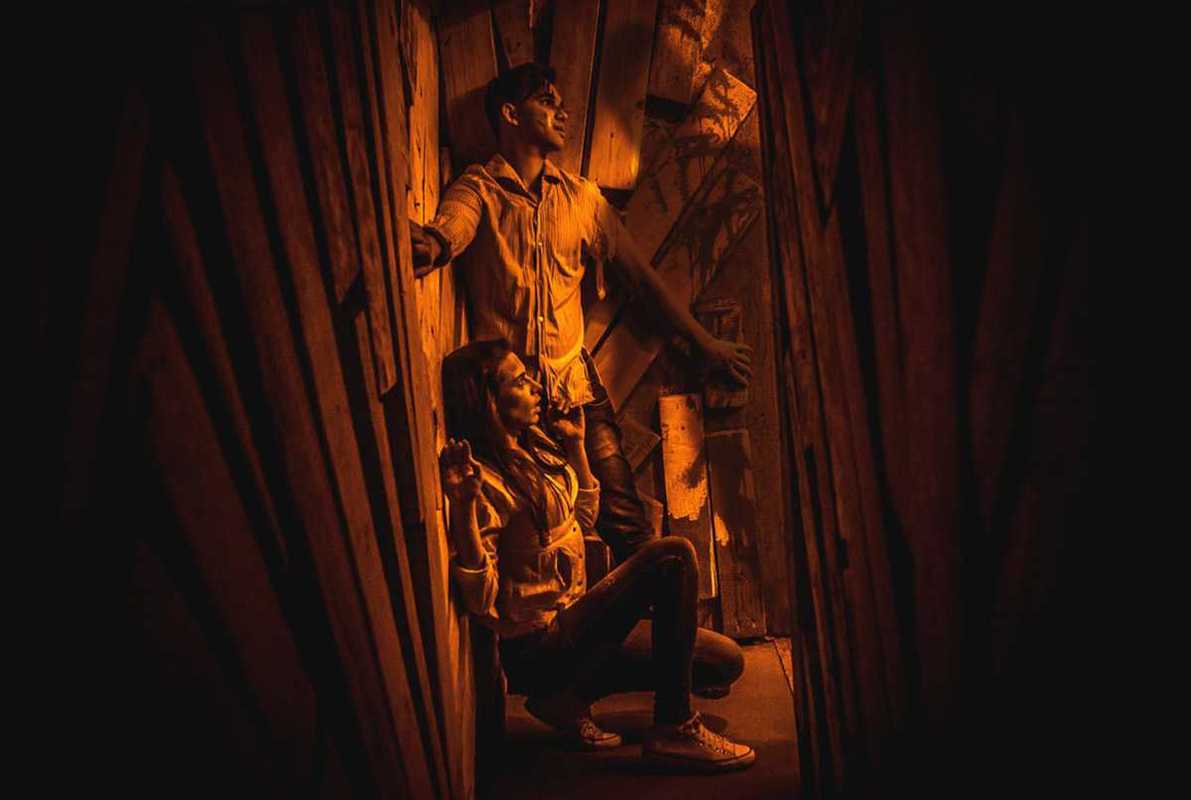 Many of the horror escape rooms we’ve seen involved crawling or running. Comfortable, preferably closed-toe shoes are a must. Wear clothes that you don’t mind getting wet or dirty with fake blood or any other substances (who knows?).

9. Do not hurt the actors

It’s better to avoid touching them at all, actually. Definitely do not throw anything at them or go swinging punches – that is not productive at all. Don’t forget, they are people just like you, simply doing their job, and if you are scared, that means they are good at it! If an actor is trying to separate the group, it’s best to comply.

We can’t stress the importance of this enough - most of the unfortunate accidents happen when people start panicking and run into the walls or trip over something. Please, if the lights are out or you can’t see where you’re going, don’t move at all unless you absolutely have to, or do it really carefully. No matter who’s chasing you!

Scary escape rooms can be a lot of fun, as long as you know what or who you’re up against and don’t have any limitations that might take away from the experience.

Now you are ready to choose one of the rooms from the wide selection - good luck! To make a triumphant escape, check out our How should I solve puzzles in escape rooms?